Germantown was originally founded in 1683, separate from Philadelphia. Germantown existed long before our country did! The neighborhood was officially incorporated into the City of Philadelphia in 1854. (Read the full history of Germantown here). Germantown is about 6 miles northwest of City Hall. In Germantown, both historically and currently, life is centered around Germantown Avenue, which runs straight through the neighborhood.

Because of the incredibly long history of the neighborhood, Germantown is home to over 300 years of architectural history. Germantown has a very eclectic housing stock. You can find everything from studio apartments to monster-sized single family mansions.

Germantown is proud of its history, and celebrates it often! There are 14 museums on the Avenue, all devoted to history! Another celebrated piece of history is the Battle of Germantown, which was fought during the Revolutionary War.

Every October, there is a battle reenactment on the grounds of Cliveden and Upsala during the Revolutionary Germantown Festival. Hundreds of reenactors show up to reenact the battle with as much historical accuracy as possible.

Germantown is an incredibly diverse neighborhood, in all capacities! The community is incredibly vocal and active, fighting hard to retain the integrity of their neighborhood!

Germantown is a mini-melting-pot, which is exactly why it is such a vibrant place to live.

If you’re in the area, check out some of the museums! Or, grab a coffee and a book from Uncle Bobbie’s. Maybe pop in to the Germantown Historical Society to dig into their public archives! There’s certainly something for everyone! 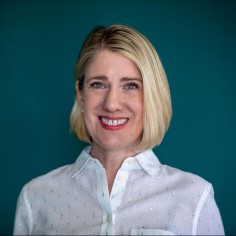